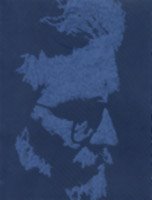 On Friday night I saw Arthur Meschian perform in concert in Vanadzor at the Charles Aznavour Theater, the second of four shows being performed. He played in Gyumri on October 25, and is performing in Yerevan on Sunday and on November 1 at Aram Khachaturian Hall in the Opera House. The evening marked the first time that he played on the Vanadzor stage in 30 years.

His tour is supporting the release of his latest disc, a recording of a concert given last year also in Aram Khachaturian Hall. This time around he is playing other songs from his career that he has not played in public for 30 years or more. Meschian made four official studio recordings, all self released, in the early 1990s. Before that a live recording on cassette could be found which I happily own, although it is now out of circulation and is for the most part impossible to come by. Only private bootleg recordings of his early material with his band Apostles from the early 1970s exist, as he was apparently constantly hassled by the KGB, which was not taking very kindly to young rock musicians performing songs with subtle messages of defying the establishment, not to mention getting kids overly excited.

Now he is digging some of those early songs out of the closet so to speak and is performing them live, specifically "Footsteps (Kayler)" and "Where Were You God? (Ur Eyir Astvadz)," which is to date his most controversial song, as the lyrics have been misinterpreted to mean that he is denying the existence of God by unwaveringly interrogating the deity, when in fact the intent was an attempt by the artist to understand rather than blindly criticize. The song was picked up by Armenian dance hall sensation Harout Pamboukjian, who influenced thousands of teenagers to sway their hips to his funky interpretation. Armenian nationalist groups began using the song to suit their own anti-church, anti-religion interests, and the underlying message became lost, especially when Meschian refused to perform it any longer, even allegedly regretting having written it in the first place (at the tender age of 16). The artist is also performing a "lost" song composed by the minstrel and devout priest Sayat Nova, the lyrics of which were written in krapar, or Old Armenian, and transcribed by Meschian.

The two-and-a-half hour show divided in two sets was simply terrific. He had the same five-piece band with which I saw him perform exactly a year ago at the Gomitas Chamber Hall in Yerevan. Musicians included the great folk-rock guitarist Vahan Artsuni, who is a disciple of Meschian having performed with him in the 1980s, Arthur Molitvin on bass, the drummer for Vostan Hayots, Levon Hakhverdian, who incidentally performed at their reunion concert last week given in Yerevan, and on keyboards my friend from Boston, not to mention Meschian's longtime amigo, Ara Sarkissian, a talented composer himself. Meschian doubled on electric piano and acoustic guitar. This time around Hakhverdian was actually permitted to play his instrument instead of performing in a frustrated mime-like muffled manner at the show I attended last year, by the strict instructions of his leader. He justly proved himself to be an exceptional rock drummer, and his rhythms fueled Meschian the entire evening, whose voice seemed to soar in kind. In mention about Meschian's vocals, I cannot hear any great difference in his voice between the one on the cassette recording I described above made in 1986 and his singing the other night. In fact I would say it is far better now. His voice is uniquely identifiable, the kind in which within a five-second duration of hearing a song you immediately know who is singing, even if you have never heard the tune before. Only a handful of such singers come to mind, and Meschian is obviously one of them. He does not really need a microphone to project his booming tenor voice in an acoustic setting, assuming he is in a hall able to accommodate it.

The music is rock in its most tribal form, the musicians all in communion with their instruments, forming a tightly-knit unbreakable structure of sound. Meschian chose amplified acoustic guitars rather than electric, which gave each of the songs a richer, fuller uncompromising sound. Regrettably, Ara's keyboards were washed out throughout most of the performance, with the exception of the less percussive pieces. The band opened with a brand new song written by Meschian only a couple of weeks ago, a bombastically rocking melody that was too intense for its audience in my opinion. Most of the songs performed were previously recorded on his studio albums, including one from his seven-track contemplative musing on religion, "Communion." All of them were subsequently released in a four-disc set, titled "Hit Collection" about four years ago. Notable pieces were the songs with words taken from Moushegh Ishkhan's poems "So They Say (Asum En)," "Ancient Land (Yergir Hnamya)," "With A Deaf Shriek (Khoul Harachanki)," and "I Used To Know (Araj Kideyi)." Other classics included "One Last Time (Verjin Ankam)," "I'm Amazed (Zarmanum Em Yes)," "My Years (Im Dariner)," and "Maybe I'm Crazy (Mi Gutse Yes Khent Em)."

Tinges of boogie-woogie, early blues, Check Berry-era rock 'n roll, American folk, and even Johannes Brahms, strange as it sounds, can he heard in Meschian's music. Nevertheless his sound is wholly unique, as he is doing something very few have ever been able to do successfully in rock music, such as using the amplified acoustic guitar in a way to project the music the electric guitar player can only dream of doing otherwise. The careful arrangements and the musicians he meticulously chooses facilitate this goal.

I was told by Ara that Meschian is doing some more writing, so I am assuming we can expect a record of brand-new songs sometime soon, hopefully within the next year or so. But this is his third or fourth time emerging from "retirement," or rather unusually prolonged breaks in performing (he is an architect by profession), so we don't know what to expect or when to expect it. However, we can least be comforted by the fact that he's not giving in to his creativity, as he clearly communicated through his stellar performance; he has not abandoned his muse.

Anonymous said...
I've heard today by "Shant" TV that the concert in Yerevan on November 1 was the last one this year, and that we should expect the next concert of Arthur Meschian about one year later.
I'm glad to hear about new songs, the one performed at the concert was really very impressive! (I saw the first concert in Yerevan)
I really appreciate the works of Arthur Meschian. His songs touch very deep strings of my heart.
Friday, November 03, 2006
Post a Comment
<< Home
About Christian Garbis
Profile

Recent Posts
Addressing issues regarding Kashatagh and Nagorno-...
Talk about the fashion
Vostan Hayots Reunites
‘Men’ and ‘A Slice of Heaven’
No visa for you
Parliamentarian being charged for ‘hooliganism’
A return to Ararat
On the road to Gansasar
Charlie, l’Arménie c’est pour toi!
Swastikas no more