The Blessing of the Holy Muron 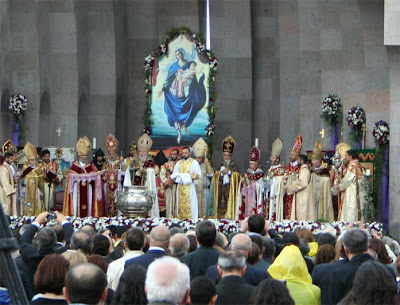 Last Sunday I trekked to Ejmiadzin with some friends to witness the blessing of the Holy Muron. This event occurs once every seven years so I had to be there. Archbishops, clergymen, and other representatives of the Armenian church from communities around the world were present for the occasion. Other heads of church were also there, including Bartholomew I (see the photo below).
The Muron is primarily for christenings but also has other uses. It is one of the most sacred aspects of the tradition of Armenian Christianity and the Church. Regarding the sublimity of the Muron:

The blessing of Holy Muron (the Holy Oil) or Chrism, which in Armenian is called Soorp Muron, began with St. Gregory the Illuminator and has continued to the present day. The oil has been an essential religious symbol, used as medicine for healing, fuel to create light and warmth, and as a food to sustain life. Also, oil is a symbol of reconciliation and peace. This is seen in the Dove of Peace who brought an olive branch to Noah announcing God’s forgiveness and reconciliation with man after the Great Flood.

The Holy Muron is composed mostly of olive oil and forty-eight aromas and flowers, which are used in the preparation of the Holy Oil. The pouring of the remaining portion of the previous blessed chrism into the newly prepared oil during the blessing ceremony passes the blessing from generation to generation. It has been happening for nearly 1700 years. The Catholicos of all Armenians in Etchmiadzin combines a new mixture of Muron in the cauldron every seven years using a portion from the previous blend. This is distributed to all Armenian churches throughout the world.

President Serge Sarkisian was also in attendance and actually accompanied Catholilcos Karekin II in the procession from the cathedral to the outdoor altar where the Muron was blessed, a sight which I found to be bizarre since the celebration was a religious affair and not a state-sponsored event. The president's presence brought a slight wisp of chaos in its wake as his bodyguards and policemen shoved people back into the crowd from the path of the procession, but that was only a temporary inconvenience.
The newly made Muron was carried in a glass jug to the altar along with some of the old. There the two were combined in a gigantic urn and were stirred with the "hand" of St. Gregory the Illuminator who was the founder of the Armenian church. The Muron was in preparation for weeks, supervised by Archimandrite Artak Tigranyan, who was the Abbot of the Monastery of Haghpat until he was sent to Ejmiadzin in early summer--he has considerable experience in preparing the Muron. I have met him a few times at Haghpat and once shared a meal with him while visiting with my friend Hamlet.
Overall, it was a great experience to be there. The parade of archbishops carrying various relics from the cathedral archives to the altar was a sight to see. Anush took some fantastic photos which appear below. 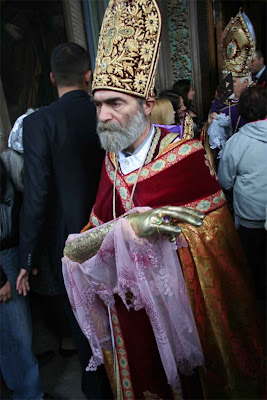 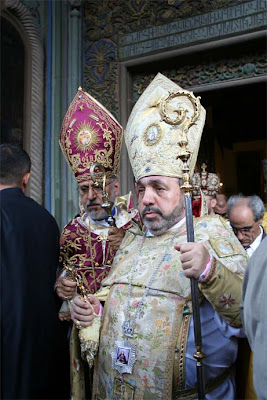 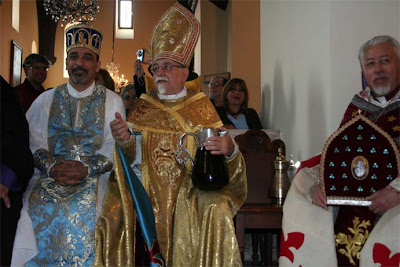 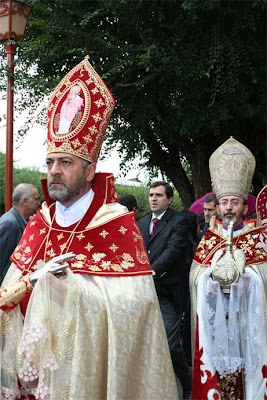 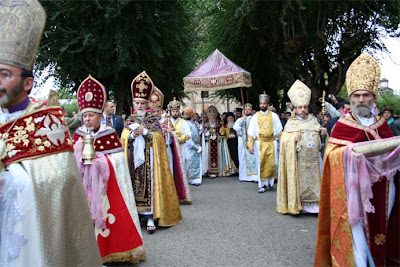 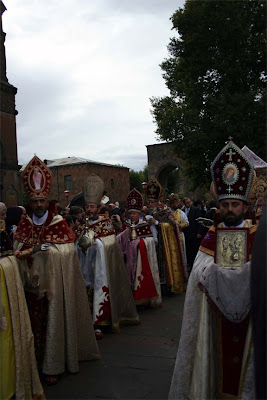 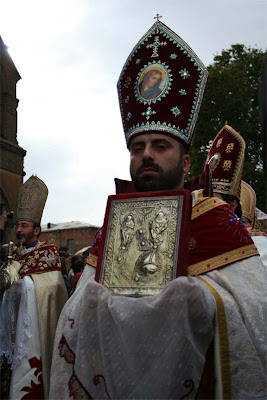 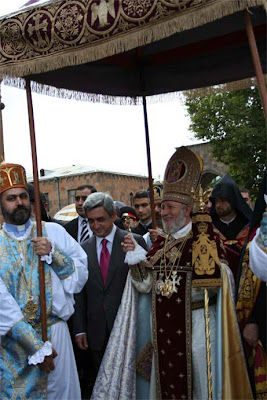 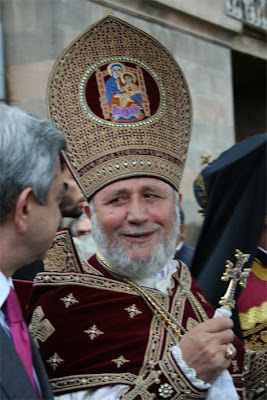 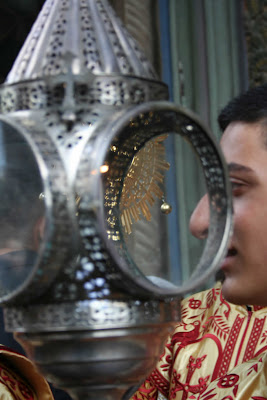 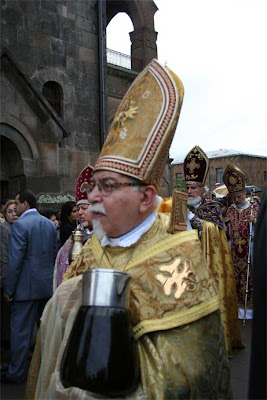 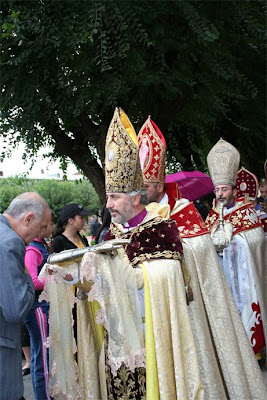 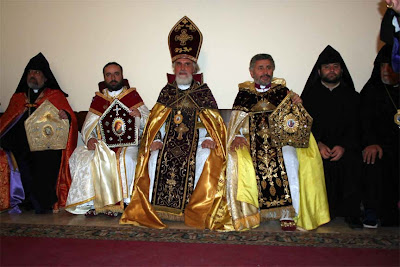 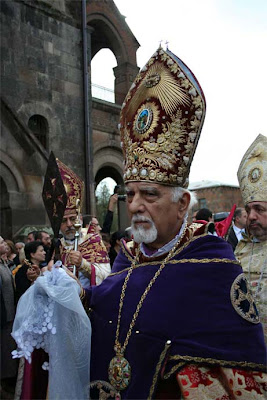 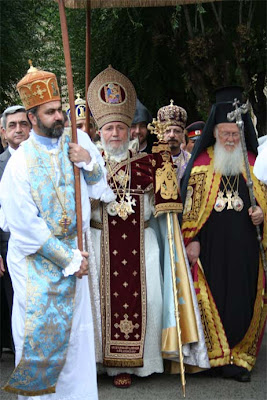 To the right of the Catholicos, Bartholomew I, Archbishop of Constantinople, New Rome and Ecumenical Patriarch. 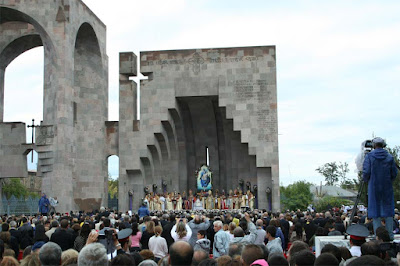 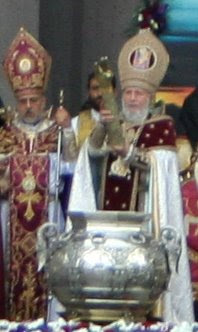