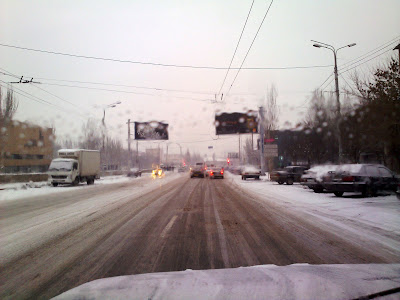 After weeks of relatively warm weather snow has come to Yerevan, first on February 1 and again yesterday. Up 'til now the weather's been relatively mild, with temperatures mostly in the 40s Fahrenheit.
Every time it snows the opportunity for a slight bout of chaos in the city takes form. During and after the first storm Yerevan City Hall was harshly criticized for not preparing sooner -- at 9:00 am many roads downtown and up in Arabkir were covered in a thick veil of wet snow and many cars, especially those with bald tires that you can find even on taxis and minibuses, could not make it uphill. Even in my Niva the ride was  slippery, and I engaged in 4 x 4 mode for the ride home from Gomidas Avenue to be extra safe.
Below are a few shots of my neighborhood -- the one above was taken from my car while driving, probably wasn't a smart idea but I had blogging obligations to fulfill. 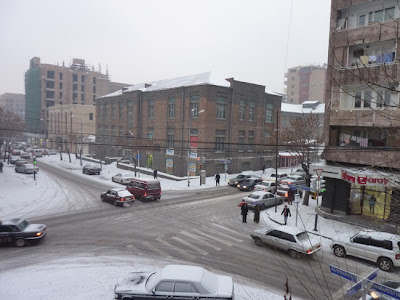 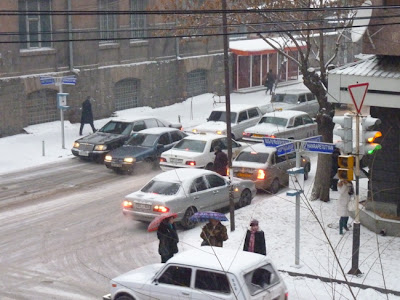 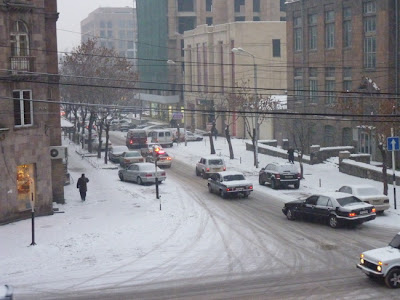 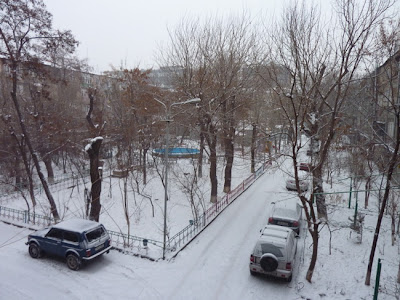 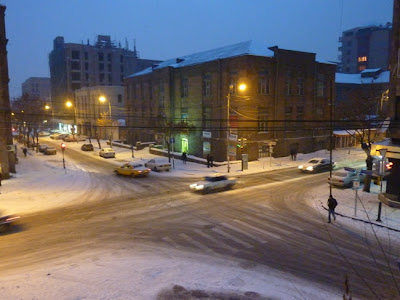 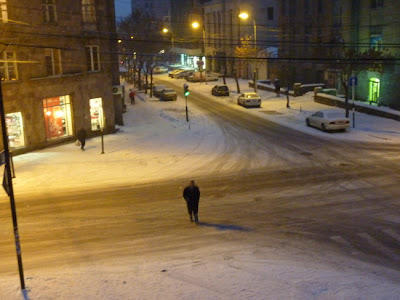 Marash Girl said…
Oh, Garo, if only we could send you some of our snow -- it's piled up so high her in Massachusetts that when we come to a crossroad, we risk our lives to go beyond it!
Saturday, February 05, 2011