Happy Thanksgiving from Yerevan (and Meghri)

This Thanksgiving morning, yet another surrealistic episode to greet me.

We were in the kitchen eating breakfast when we heard an announcement broadcasted from a bullhorn in the courtyard--someone was offering walnuts and dried fruits for sale. I looked out the window and saw a Lada Zhiguli 2106 come barreling around the corner to park directly behind the building. Intrigued, I asked my wife if I should go down and check out the walnuts, and she gave her approval. I went down to the car and asked the seller to try one. In the back seat he had what must have been a fifty pound burlap bag of walnuts, it may have weighted a lot more. They cracked easily in my hand and the nut was semi-sweet and oily that practically melted right after the first crunch between the teeth, typical of a high quality, fresh walnut. I asked for two kilos, and while they were scooping them into a cellophane bag the dried fruit came out--pails of apricots and figs.

Another seller appeared, a gold-toothed guy who started pitching honey from Meghri (in Armenian, meghrin meghre, so I had to verify that the guy wasn't stuttering or something). Turns out the two guys and the mother of one of them (or both, didn't catch if they were brothers, cousins or friends since they didn't look anything alike) were from Agarak, which is a small town located just beyond the Iranian-Armenian border, a couple of kilometers south of Meghri. I told them I've been there a few times and they were happy about that, so they offered me a three-liter jar of honey that usually sold for 18,000 dram, but since I love Meghri and I'm a good Armenian brother from the diaspora, he'll "take away my pain," etc., they would sell it to me for 15,000 dram, and throw in the walnuts for free (saving 2,600 dram). They told me they had some mulberry vodka filled in a plastic soda bottle that was good "medicine"--a shot every morning to clean out the system--but I turned it down since I still can't manage to finish the moonshine we bought in Artsakh last year. Then as I was walking home they stopped me and asked me to buy another jar. 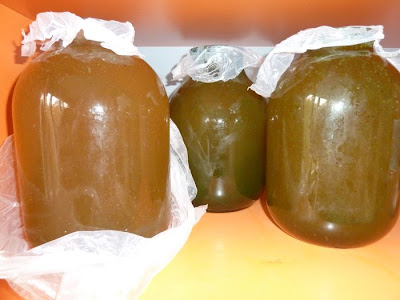 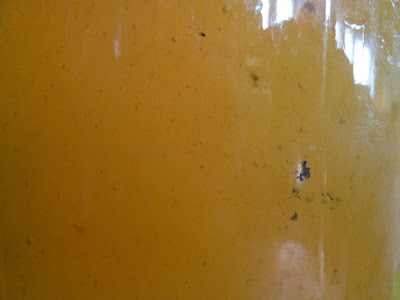 Turns out gold-tooth's six-year-old son was in the hospital in Yerevan; he had stepped on a nail while playing and grandma tried to cure the wound the old-fashioned way--by wrapping onions around it. That caused an all-out infection and gangrene started to set in. Now they have to pay 15,000 dram per blood transfusion apparently and purchase medications, as the state won't absorb the costs (even though healthcare for children should be free by law if I'm not mistaken). So they had to load up their Lada with whatever they had on hand and haul it to Yerevan. Seems like I was their first and likely only customer they figured they would have because they managed to stop me every 20 feet I stepped on the way home so I would buy more stuff. As I was walking up the stairs more jars of honey were following me. I even ran out of cash and had to run to the ATM at one point to make the last payment, only to find out yet another two jugs of honey were waiting. They threw in a kilo of dried fruit as a bonus along with a free bottle of honey and I ended up with that medicinal vodka (yeah, right) after all, now perched on the shelf. And apparently a case of persimmons is on the way. Seemed to be one hell of a thanksgiving. 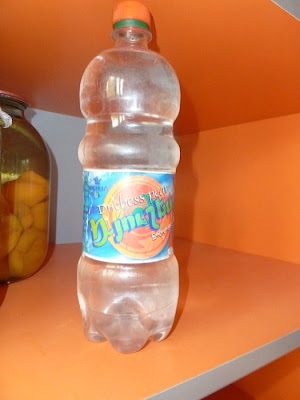