Onnik Live in Istanbul – An Experience of a Lifetime 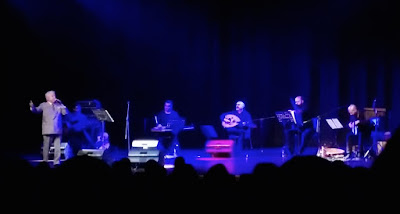 On October 24 I took advantage of the opportunity to see Onnik Dinkjian perform live with his son Ara Dinkjian in Istanbul. The concert was one of the most emotional, inspiring musical experiences I’ve had thus far. The entire performance from beginning to end was a tour de force.

Onnik is by far the greatest interpreter of Armenian traditional and folk music alive today. He is now in his mid-80s and he still passes for a man at least 20 years younger in terms of appearance and vitality. I never recall him hearing him sing so well, not in performance and not on his recordings (I have them all). Perhaps the clarity of his voice that night was attributable to the sound system and acoustics of the hall. Most of the time, when he does sing live, he does so in ballrooms and gymnasiums where you can’t really hear anything since the sound is so muffled or distorted.

Onnik took to the stage on fire, wearing a silver gray double-breasted suit adorned by his signature French cuffs. The night after his Istanbul concert he performed in Vienna with the band, the same that played behind him on the latest recording he made of songs from Dikranakert titled Diyarbekiri Hokin / Ermenice Diyarbakır Şarkıları (which incidentally is by far the best music project he has ever been a part of, not only due to his talent but also to Udi Ara’s masterful arrangements).  Onnik also sang other old favorites, notably “Hey Oualla,” a song from an early recording he made that still endures, and “Hay Herosneri Yerk,” which is an old patriotic song that pays homage to monumental figures in the Armenian revolutionary movement of the early 20th century. This song brought the house down, despite that a large part of the audience was Turkish.

At one point nearly half way through the concert the audience was so riled up by the music that dozens of people engaged in the traditional line dancing through the hall’s aisles. So the vibe suddenly transformed into the same spirit of the thousands of Armenian youth balls that Onnik has performed at, mainly on the East Coast for at least forty years.

The concert closed with a gorgeous father and son performance of “Garod,” a heartbreaking song that Onnik first recorded on his Just For You album in the late 70s, and it also appeared on the enthralling Voice of Armenians - Live in Jerusalem album from 2007. "Garod" is also incidentally the title of an excellent documentary available on DVD about Onnik and Ara and their first visit to Diyarbakır. I have trouble listening to “Garod” these days because I usually can’t get through the song without breaking up. It is such an intense, morose song about longing and lost love. Naturally, I began to weep last Saturday night. Just the fact that I was there at all, combined with the somber mood of that ballad, was all too much to take.

It was my first time hearing Udi Ara perform in concert. Although I have listened to his recordings countless times the depth of his music cannot fully be appreciated without seeing him play oud in person. The concert opened with "Diyarbakır Peşrevi," the opening track and an instrumental piece from Onnik’s latest record. While Onnik took a short break to catch his breath Ara and the phenomenal ensemble played some favorites from his catalog, such as “Picture,” the title track from the first Night Art album. “Picture” was incidentally rearranged for the second The Secret Trio recording, a sublime masterpiece that was released at the beginning of this year. I have tremendous admiration and respect for Udi Ara and his moving music, particularly his original compositions, and I was privileged to meet him very briefly backstage. He takes after his father as being a true gentleman, a very cordial, welcoming person. I hope I’ll have a chance to discuss music with him soon.

It is a great pleasure to finally see Onnik perform on the international stage. His credit as a world-class professional vocalist is long overdue, and his extraordinary talent I believe has not been fully appreciated during much of his career in the US. There isn’t anyone who can sing traditional and popular Armenian songs like him, not with the same verve and deep-felt passion, and certainly not with that rich tenor voice that becomes more intense with age, like a fine Bordeaux.

I am thankful to Onnik for introducing me to Armenian song when I was a little boy, in the days when I was obsessively listening to his legendary album ONNIK that was recorded the same year I was born. He was my hero then, and he still is to this day. I’m relieved that I finally had the courage to tell him so as I embraced him Saturday night. 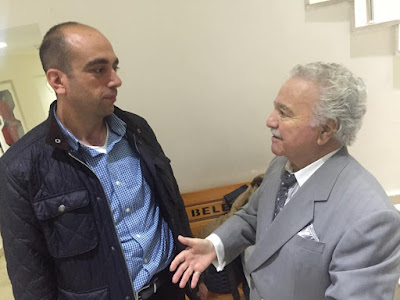 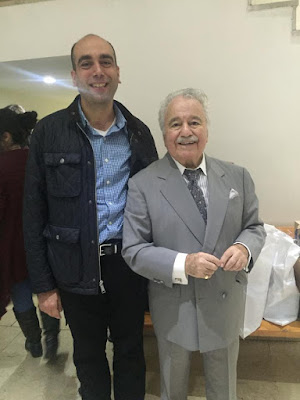